Captain was a position and rank frequently used by organizations of many sentient species in the galaxy. Among space-faring civilizations, captains served as leading crew members of a vessel.

In military service organizations, such as the fleet of the Planetary Union, captain was both a Command section position and a commissioned officer rank. They ranked below admirals and above commanders. However, non-militaries adopted the position for space travel as well, such as the Vega Mining Consortium, whose captains negotiated and conducted mining operations.[2]

The equivalent position among the Kaylon was Primary.[7]

The Chief Medical Officer had the power to deem a captain mentally or physically unfit for service and to relieve him or her of command.[n 1] Captains have the power to command any crewmember or civilian aboard the vessel.

In the early 25th century, there were probably about 3,000 active-duty Union captains based on the size of the Union Fleet[n 2] and assuming that fleet admirals were relatively uncommon.

A Captain was the final arbiter of justice within the ship, with powers to physically detain persons in the Brig.[n 3] Captains held the power to initiate criminal justice proceedings against their own crewmembers through court martial.[8]

Failure to report or to misreport was a serious offense, and could be punished by a letter of reprimand or stripping one's rank and title outright.[9]

Captains of the Krill were similar in function to the Union, although it is not clear whether they were subordinate to officers or civilian officials of higher rank. A ship captain was advised by a religious leader known as the High Priest.[3] 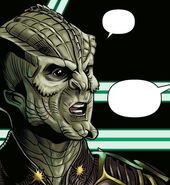 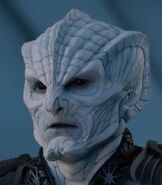 Captain of the Davoro'kos.
Add a photo to this gallery 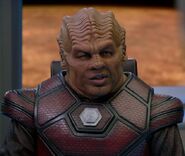 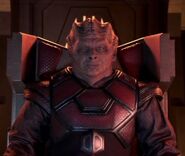 Jakohn
Add a photo to this gallery 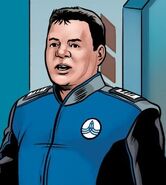 Captain of the Bohr

Marcos
Add a photo to this gallery 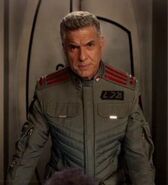 Captain of the Bleriot

Pria Lavesque
Add a photo to this gallery 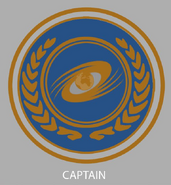 Captain emblem sketch.
Add a photo to this gallery 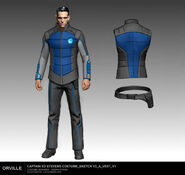 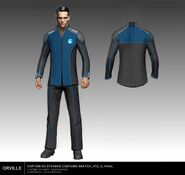 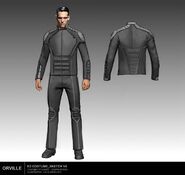 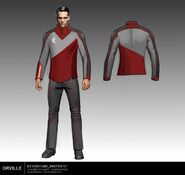 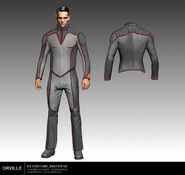 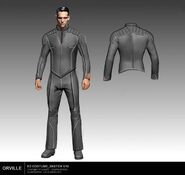 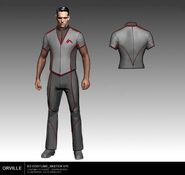 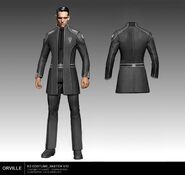 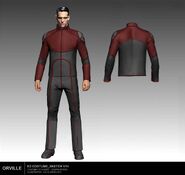 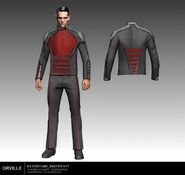 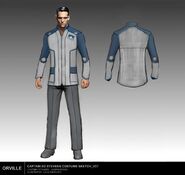 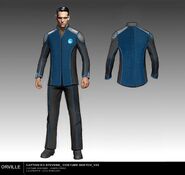 Retrieved from "https://orville.fandom.com/wiki/Captain?oldid=26576"
Community content is available under CC-BY-SA unless otherwise noted.