Strictly speaking, most if not all Union officers of a higher rank seen would have been Lieutenant Commanders. The following are those who are definitively seen as such. 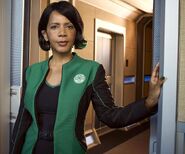 Claire Finn
Add a photo to this gallery 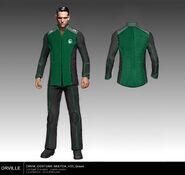 Retrieved from "https://orville.fandom.com/wiki/Lieutenant_Commander?oldid=20172"
Community content is available under CC-BY-SA unless otherwise noted.