"Don't you guys have, like, super strength?"
"Xelaya's gravitational pull is high compared to the planetary average, so, yes, in Earth's normal gravity, my physical strength is elevated.🔈ℹ︎— Alara Kitan explaining the science of her species notorious enhanced strength to Gordon Malloy.[1]

As Xelaya's gravitational pull was higher than most planets, the Xelayans possessed elevated strength and resilience in environments with an Earth-like gravity.[2] Despite their formidable power, most Xelayans, though not all, were an intellectual species, well-versed in the arts and sciences, who considered the military and physical pursuits as less "evolved"[3]

Xelayans were humanoid in appearance with pointy, indented ears, and ridges on their foreheads and the bridges of the nose. They were anatomically different from humans, lacking livers[4] or appendices.[5]

Due to the comparatively high gravity of their home planet, Xelayans enjoyed exceptional strength outside of Xelaya. In these alien environments, their strength surpassed that of Moclans[6] and possibly even Kaylons.[7] Xelayan skin was very durable, resilient enough even to stop bullets from piercing vital organs.[8]

Young Xelayans who remained in lower-gravity environments such as Earth for long stretches of time could begin to lose bone density and muscle mass, a condition known as gravity sickness. Gravity sickness could become a permanent affliction if the individual did not return to a Xelaya-like environment or undergo physically difficult gravity treatments in an Environmental Simulator.[9][10]

Xelayans suffered to some extent from at least two diseases, Mellara and Torin's syndrome, and they vaccinated themselves against Mellara.[9]

Xelayans were susceptible to alcoholism.[11]

The origins of the Xelayans are shrouded in mystery. They bore a strong physical semblance to the Okudum and some scholars hypothesized the two species shared a common evolutionary ancestor.[12]

The Xelayan people made contact with and joined the Planetary Union sometime before the 25th century. Because most Xelayans were interested in intellectual careers, few actually joined the Union's military; when one of them did, the Union usually fast-tracked them.[2] Some Xelayan families such as the Keyalis, however, had served in the military for generations.[13]

Island beaches were popular holiday getaways in high season. "You can actually see sand and water," Cambis Borrin commented. "Instead of umbrellas and towels."[9]

Evidently, Xelayans had no concept of astrology as the term was wholly unfamiliar to Talla Keyali.[15]

The pelpifa was a Xelayan musical instrument which combined musical tones with holographic patterns. Youth sometimes learned the instrument. "My parents forced me to learn it when I was in school," Talla remarked. "It's pretty much the whole reason I never got laid."[16]

Xelayan civilization was decidedly academic, placing a heavy emphasis on knowledge and education. Children attended school prior to higher education such as university or Union Point.[16]

At least two universities are known: an unnamed school where the professor Ildis Kitan taught and the University of Xenara. The University of Xenara Medical School boasted a "beautiful"[17] and "lovely campus."[18] Associate professor Galdus Harona taught there at the prodigious young age of 21 until his death,[9] and Professor Kitan did "a few stints" as a visiting lecturer as well.[18]

One peer-reviewed journal was called the Xelayan Journal of Science, which "a few years" before 2419, published "The Mellara Vaccine and Its Effects on the Risk of Torin's Syndrome: A Formal Dispute" by Professor Kitan.[19]

Additionally, Chief of Security Talla Keyali made an unidentified beverage that caused both Captain Ed Mercer and First Officer Kelly Grayson to vomit.[27] 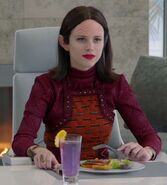 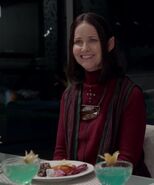 Xelayan blossom whiskey is notable for containing a colorful cloud of smoke before consumption.

A pot of boiling trivalve sauce. 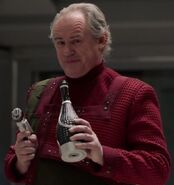 Talla Keyali with a glass of Xelayan rum.